It’s fair to say that everyone is being “encouraged” to spend more time at home at the moment.

One decided bright spot about this is that you can easily upgrade your culinary prowess while lounging in front of the box.

Our favorite cooking shows from Netflix are just the ticket to give you inspiration and the skills to make your next great meal!

The author of “The Ominvore’s Dilemma” brings us Cooked.

This series explores a broad set of topics in relation to cooking and not just “how to make BBQ ribs”.

So, you can explore how fire shaped our culinary world at the same time as learning you to make the best barbecue pit.

The downside? There are only four episodes. 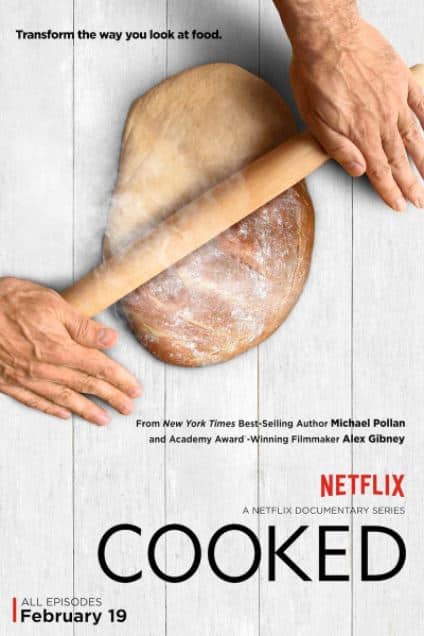 This series from one of the nation’s favorite celebrity chefs, David Chang, is all about food that is often considered “ugly” and ignored because of it.

The format encourages people to get past the visual and into the sublime taste of these food types and we like that he brings on other celebrities to talk through the experience.

David is a fiery and passionate character that addss lashings of charisma to the proceedings too. 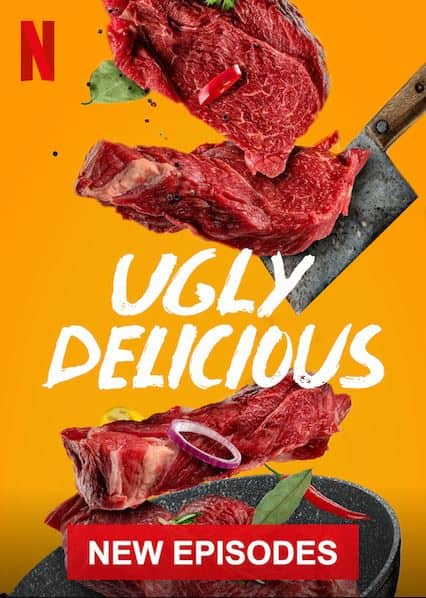 Samin Nosrat, the author of Salt Fat Acid Heat (which also makes our list of the 40 best cookbooks of all time), won a James Beard award for her insights into the absolute essentials of what makes for a great tasting dish.

This series, which runs over 4 parts, sees her visit four diferent countries as she sees how these basic principles are applied in various ways to create amazing meals.

This may be the only process-based cooking show to appear on Netflix so far but we don’t think it will be the last. 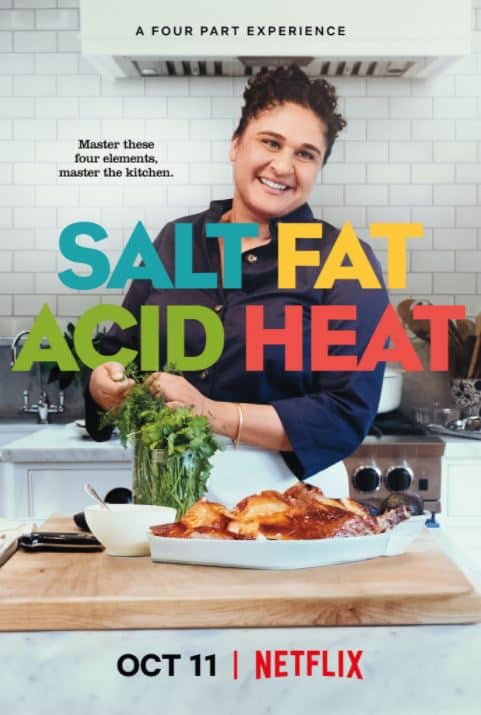 This may be the only anime on Netflix that you can rely on being 100% family friendly because it’s all about cooking!

The show is about the struggles of a young chef who must graduate from a culinary academy where every dispute is settled in “Food Wars”.

You can, however, make every recipe featured on the show and the culinary skills used are legitimately useful. 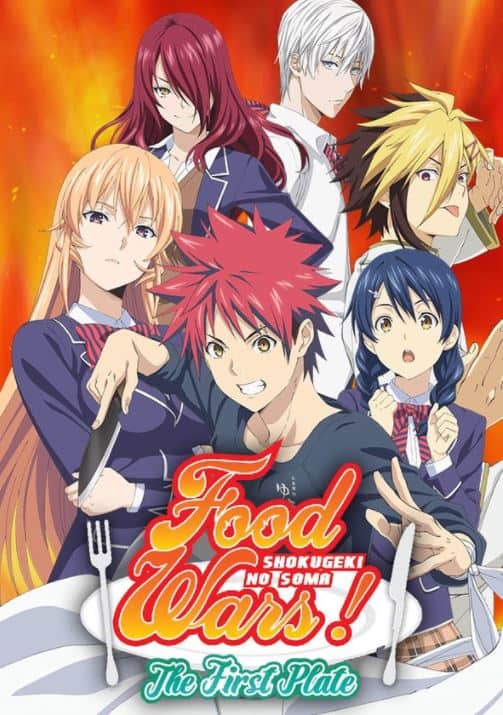 From anime cooking competitions to real life ones, The Final Table sees 12 pairs of chef from all over the globe competing against each other.

The winners will gain their place at “The Final Table”.

What makes this interesting is that the format uses only famous chefs, so, this isn’t a rehash of Masterchef but rather a ruthless culinary competition among the very best cooks in the world.

Andew Knowlton, the presenter, is no slouch in the cooking department either and holds a James Beard award as both a writer and an editor! 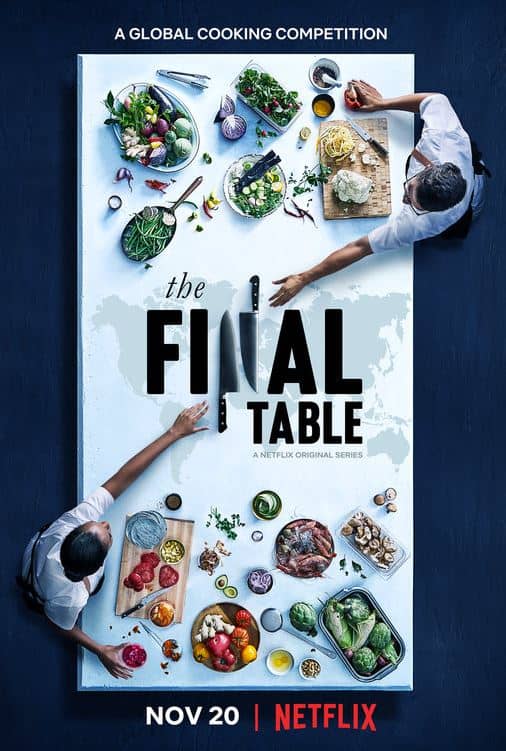 This is a project from the same team that brought you Chef’s Table but this is a whole different kettle of fish.

Gone is the fine dining of Chef’s Table and in is the raw, tasty excitement of Asia’s best street food destinations (and in the sequel – Street Food heads to Latin America to do the same).

This is half cookery show and half travel show and the mixed format works superbly well.
Street Food is our favorite cookery show on Netflix, we think it might be yours too. 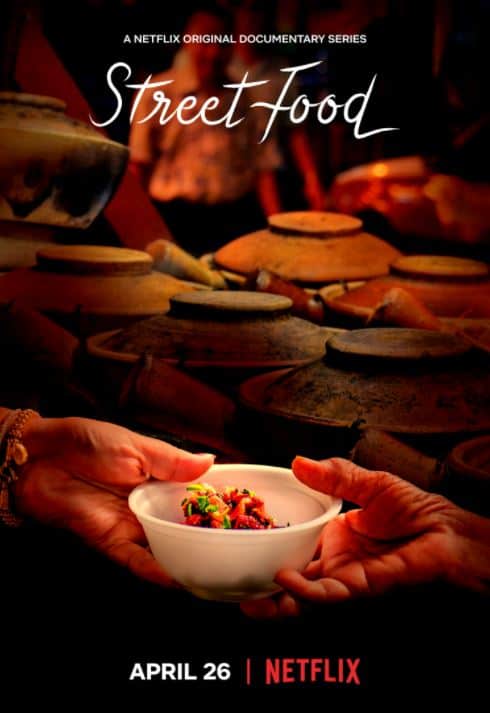 We like that the The Chef Show is free to meander in any direction that taks Jon Favreau and Roy Choi’s fancy because it makes for a compelling cooking show that always surprises.

The chemistry between the two hosts is so good that they must be great friends in real life too and their love of food is absolutely palpable throughout.

You’ll learn how to cook, eat and bring people together with food in every episode, it’s great. 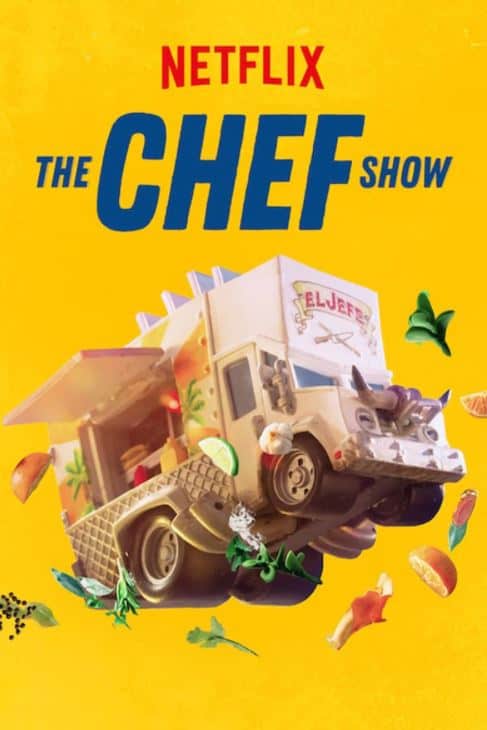 Final Thoughts On The Best Cooking Shows on Netflix

So, that’s our picks for the best cooking shows on Netflix and we’re positive that there’s something for everyone in our list.

However, if you don’t have time, right now, for a whole episode of a Netflix show, why not check out these yummy Pinterest bloggers for a quick inspiration fix, instead?